Everything You Need to Know About Potato Starch Before Using It

Does starch make you fat? Certainly not! Contrary to the widespread diet misconception that consuming starchy foods causes weight gain and obesity by increasing insulin levels, this component is actually a healthy energy source.

Starch is also typically low in fat and sodium. This is why it is still included in many diets, along with other macronutrients such as carbs, fats, and protein. The US Food and Drug Administration even backed this up, claiming that “diets high in potassium and low in sodium may lower the risk of high blood pressure and stroke.”

Aside from that, they give far more than just calories. Many starchy foods, such as bread, grain, cereal, pasta, rice, peas, corn, and beans, are abundant in important vitamins and essential minerals.

Potato is another starch-rich food that is high in potassium, significantly more than other potassium-rich foods like bananas, oranges, and mushrooms. This property makes this understated crop vital in almost every type of diet. In fact, it is one of America’s favorite vegetables since it can be prepared in a number of ways to fit into every meal, any day.

However, how can you integrate potatoes into your favorite recipe without altering its flavor? This is when potato starch comes into play. Aside from being utilized in many baked goods recipes, it functions as a binding agent, giving the dish a moist and chewy feel without compromising the taste.

What is a Potato Starch?

Potato starch is a highly refined root starch produced from potatoes, which were originally grown approximately 200 A.D. in Peru. Leucoplasts are found in the cells of potato root tubers.

To produce potato starch, fresh potatoes must be crushed to separate the starch grains from the damaged cells. The starch is then washed and allowed to dry. After drying, the potato starch forms a light, powdery, and flour-like consistency.

Potato starch is also known as resistant starch since it is not digested by your body. This means that the compounds present in this ingredient cannot be processed by the digestive enzymes and instead goes to the large intestine to feed the gut microbiome.

Through the years, potato starch has been a popular component in a wide range of cuisines. It is frequently used as a thickening agent in sauces, soups, and stews. It is also an ingredient in other food products such as baked goods, candies, dressings, shredded cheese, spice mixes, and various prepackaged food items.

Potato starch does not contain gluten and is low in nutrients. One tablespoon of potato starch contains about:

Although potato starch has the same powdery, flour-like consistency as potato flour, they are not the same. Potato starch is starch derived from smashed potatoes. On the other hand, potato flour is made by peeling the potatoes and boiling them. They are then dried and crushed into a fine powder.

Aside from the method of production, the flavor and nutrient content of these two products vary. Potato starch has no taste and solely contains carbohydrates. Potato flour has a distinct potato flavor and is high in carbohydrates, fiber, and protein.

Potato starch and sweet potato starch are both made in the same way. However, the two starches have specific properties that distinguish them from each other. Sweet potato starch absorbs more water than other starches, making it perfect for creating snacks, dim sum, or noodles. Apart from that, it is deeper in color and contains coarser particles.

Potato starch, on the other hand, has high stability but low water absorption. In general, it is used to thicken sauces while preserving the original flavor of the components.

In most recipes, potato starch and corn starch can be used interchangeably as thickening agents to improve the consistency and texture of soups and sauces. Aside from that, they may be utilized to create a light and chewy texture in baked goods recipes. There are, however, certain exceptions.

If you’re going to use potato starch as a corn starch alternative, add it to dishes that won’t be cooked for lengthy periods of time, such as soups, gravies, pie fillings, and puddings.

Furthermore, the acidity and sugar level of the food must be considered. Corn starch is most suited for dairy-based dishes, but potato starch may work well with high sugar or extremely acidic ingredients like tomatoes, canned fruits, and juices.

The History of Potato Starch

Potatoes initially appeared around 13,000 years ago in South America. They were farmed and consumed by the Incas. Around 200 A.D., it was transformed into potato starch in Peru. Spaniards found potatoes during the conquest of Peru and Chile from 1525 to 1543 and brought the crop back to Europe in the 1570s. Farmers began producing starch from potatoes a few decades later. 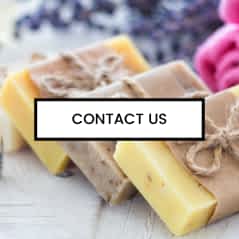